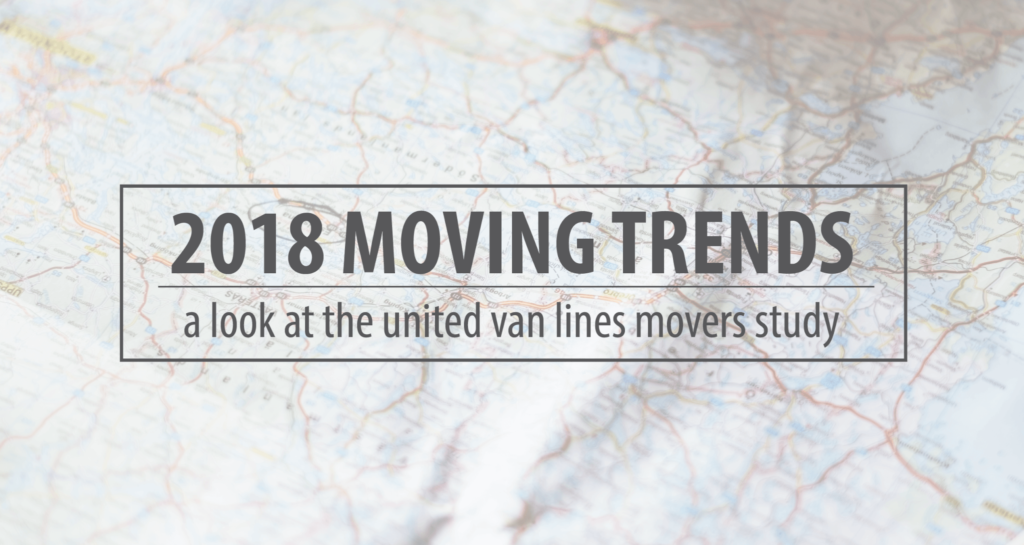 2018 Moving Trends Across the U.S. Earlier this month, United Van Lines released their 2018 Movers Study which takes a closer look at where people are moving across the U.S. and why. 2018 seemed like much of the same from 2017, as people continue to flock to the Mountain and Pacific North West areas. States like Washington, Oregon, Idaho, and Nevada saw some of the largest rates of incoming relocations, for the second year in a row while states in New England and the Midwest continued to see large rates of people leaving.   “The data collected by United Van Lines aligns with longer-term migration patterns to southern and western states, trends driven by factors like job growth, lower costs of living, state budgetary challenges and more temperate climates,” said Michael Stoll, economist and professor in the Department of Public Policy at the University of California, Los Angeles. “Unlike a few decades ago, retirees are leaving California, instead choosing other states in the Pacific West and Mountain West. We’re also seeing young professionals migrating to vibrant, metropolitan economies, like Washington, D.C. and Seattle.”   Right here in the CSRA we are experiencing significant growth with the increase in tech and cyber related jobs, as well as growth in some other major area employers like Tax Slayer and ADP. In 2018 one of the top 10 states people were moving to included South Carolina, with 59.9% of moves tied to the state representing incoming residents. In addition to South Carolina, these other nine states saw significant growth in 2018:

Let’s take a closer look at how our two-state area stacked up across the board.

Georgia wasn’t far off the top of the inbound move charts. Some 53.2% of the relocations in Georgia had residents moving TO the state, while the remaining 46.8% were people leaving the state. The biggest difference in trends can be seen in the job market, where over 65% of respondents sighted employment as their reason. Not surprising considering the booming job market in Atlanta, as well as growth in some other major Georgia cities, including right here in the CSRA.  For a full break down, you can check out the chart below to see how GA stacks up against neighboring South Carolina. 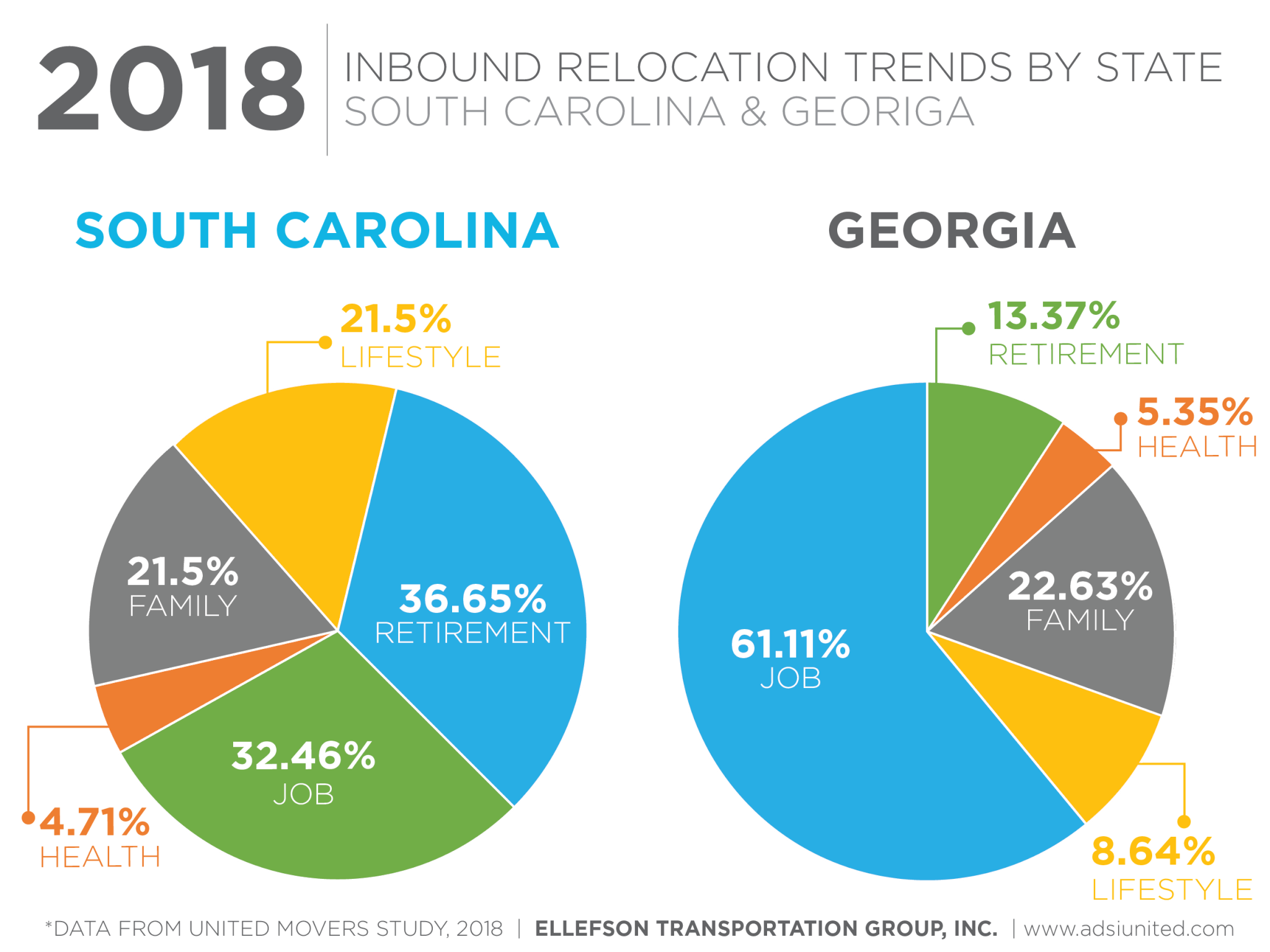